The Potomac Valley Amateur Hockey Association is an Affiliate of the Southeastern District of USA Hockey.

The Affiliate is the governing body of all amateur hockey within the District of Columbia and the states of Maryland and Virginia.

All – The PVAHA Director election is over. Thanks to all the candidates for volunteering to run for the 4 open positions. The 4 elected directors are listed below in alphabetical order. Their term begins after the USAH Congress on June 11th, 2019

Thanks to all associations that cast their votes to determine the elected Directors. 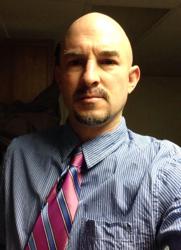 Mike Barnhart is the president and founder of the Kodiaks, the first-ever sled hockey team in Hagerstown, Maryland.

He was diagnosed with juvenile diabetes at age 7.  As a result of complications, he is now legally blind and a below-the-knee amputee.  He's also a double transplant recipient.  He was physically active in his youth and wished to pursue some sort of physical adaptability sport to stay in shape.

Barnhart first tried sled hockey in Baltimore and loved the camaraderie and competition. Due to difficulties coordinating transportation, he then had an epiphany to build a sled hockey team in his hometown of Hagerstown.

In June of 2016, Barnhart's dream became a reality when hockey sleds were ordered and the first few players were added to the roster.  As of today, there are approximately 18 players on the roster, all from various backgrounds, ages and ability levels. Barnhart is also a player on the team in addition to his volunteer efforts.

Barnhart’s positive energy and unbreakable work ethic is motivated by the motto “Never Give Up,” which is also the key message and slogan for the Kodiaks. The team is comprised of athletes from Maryland, Pennsylvania and West Virginia, and its main goal is to provide a fun and competitive environment for athletes of all ages and abilities. The Kodiaks have players as young as 6 and as old as 60 on the team, and Barnhart personally works with each player on the team through coaching and organizing practices.

Barnhart relishes the opportunity to give back to his community. He shares his story both in his community and abroad, and speaks at many fundraising events, involving the National Kidney Foundation, Jesse Klump Foundation, ALS and more.

180 PVAHA Girls, 90 in each session, joined USA Olympic Team for a Clinic on March 2nd.

All – Thank you so much for participating in the Meet and Greet and On-Ice Girls Clinic at Kettler IcePlex earlier this month. Our Olympic Women’s Ice Hockey team enjoyed spending time with all of the participants and takes pride in encouraging more girls to love the sport of hockey! We wanted to share the two group photos with everyone. They are available at the Dropbox link below for you to download (these photos are for personal, non-commercial use only).

Tryouts for National and Multi District Camps for Summer 2018 will be held April 20-22, 2018 at the RDV Den in Maitland, FL (North Orlando).

Registration will be available in early February.

Beginning this season (2017–2018) PVAHA will be restructuring the Affiliate player development tryout process.

Two players who grew up playing their youth hockey within the PVAHA have been selected to the US Women's and Men's Ice Hockey Teams.  Congratulations to Haley Skarupa and Garrett Roe and their families!

Haley Skarupa is an American ice hockey player for Connecticut Whale and the American national team. She participated at the 2015 IIHF Women's World Championship. Wikipedia

An enriching educational and character-building exposure outing will unite Chicago high school student-athletes from North Lawndale and elementary school-age student-athletes from Washington, D.C., as members of the girls’ varsity basketball team from DRW College Prep travel on Thursday, Oct. 5 on a life-changing, cross-cultural community service trip to meet and fellowship with youth on the Georgetown Titans hockey team.

open document for the complete article

There is no longer a Pee Wee Tier 2 playoff during the Southeastern District Tournament.  This announcement was made at a previous CBHL meeting.

Coaches and Managers require Safe Sport and a Background Screen prior to Roster Approval.

Coaches must have the correct Age Appropriate Module prior to Approval of the roster. They have until 12/31 to complete a clinic if required.

All Tier I, Tier II, Travel and Invitational Tournament rosters:

Date of birth and citizenship must be verified  prior to approval.

A Manager must be identified on the roster. In the absence of a designated Manager, a Coach may be designated as a Coach/Manager

Questions may be directed to Bob Otte or Beth Lenz

ALL coaches must complete Safe Sport training and must have submitted a screening application BEFORE a roster can be approved.

It’s possible that no one has helped create more opportunities for American men and women to play competitive college hockey than Marshall Stevenson, Jr., a founding father of the American Collegiate Hockey Association. Formerly a coach at Towson (Md.) University, Stevenson joined the ACHA board of directors in 1994. He ascended to his current role as ACHA president in 2004, overseeing an expansion from 15 teams nationwide to more than 430. Today’s ACHA includes three men’s divisions and two women’s divisions, giving thousands of student-athletes a competitive hockey opportunity to complement their studies. In recognition for his tireless efforts and leadership, Stevenson was named recipient of the ACHA’s Don Spencer Award for outstanding service in 2009. A 1966 graduate of the University of Vermont, Stevenson also serves as the ACHA’s representative on the American Hockey Coaches Association board of governors. Stevenson, who played forward, was a major part of re-launching varsity hockey at Vermont in 1963-64 after a 12-season absence.

The Adult Member of the Year Award is presented to an individual who has made outstanding contributions during many years of service to the ice hockey community as an adult player and/or volunteer. 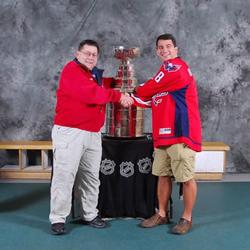 It is with great sadness that I must report that Chris Dernetz has passed away.  Chris died while on vacation in Hawaii.

Chris will be missed by his many friends in USA Hockey.

Kevin Upton has been associated with USA Hockey for more than 35 years as a coach, administrator, on-ice official and supervisor throughout Virginia and the greater Washington, D.C. area. As an administrator in the 1970s, Upton established the Hampton Roads Youth Hockey Association, was a co-founder of the Mid-Atlantic Youth Hockey League and organized the first local officials association in Virginia. He then moved to Washington, D.C., where he concentrated on officiating and was eventually elected president of the Southeastern Hockey Officials Association in 1989.  Several of his programs and policies are still in effect today. Upton worked as an on-ice official for numerous USA Hockey district and regional championships and has been a supervisor of officials for six national championships. He is noted for implementing a culture of integrity and accountability among officials that resonates from his career in the military, from which he retired a Lieutenant Colonel in the United States Army.

The Chet Steward Award recognizes an individual who has made outstanding contributions to the USA Hockey Officiating Education Program during many years of service to the hockey community as an official or volunteer. 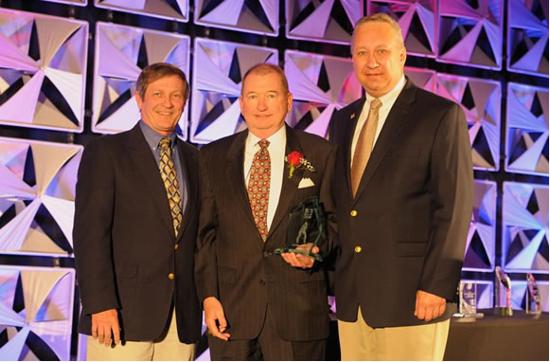